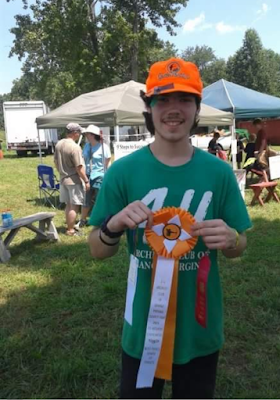 Hunter Phillips is originally from Bedford VA, but moved to Orange in 2007 and has been involved in Orange 4-H for seven years. He is a member of the 4-H Crazy Pets club and the current president of the Orange 4-H Archery club.

He said that some of his best memories from his participation in 4-H are all the friends he made and the opportunities he had to learn new skills. Because of his involvement in 4-H, he was able to pass the 4-H archery instructor course and now he helps teach younger members of the archery club basic archery skills. Working with younger members in his 4-H club has helped teach him about leadership and the value of always leading by example. Hunter has dedicated many hours to improving his archery skills and has passed level 5 proficiency in archery.

Hunter said that the coolest opportunity he had in 4-H was getting to attend State 4-H Congress on the campus of Virginia Tech in Blacksburg. While in 4-H Hunter has participated in many fundraisers for his 4-H clubs, and has volunteered with the Boys and Girls Club. 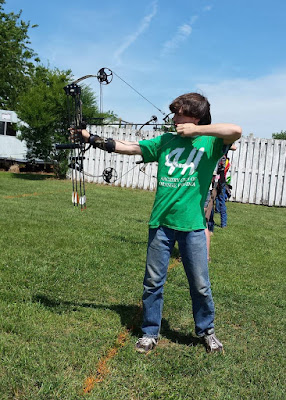 Congratulations to Hunter for all his success so far, and best wishes for his future!