Mutahara Mobashar, a librarian from Orange County, instantly became intrigued when her colleague gave a presentation on how she trained to become a Master Food Volunteer at an annual library conference. Since Mutahara enjoys educational programming, outreach and working with food, she immediately found a way to get involved. Mutahara was initially informed that the nearest class was going to be in Fairfax County. She found it a little daunting to commit 30 volunteer hours in a county that was out of reach during that time. 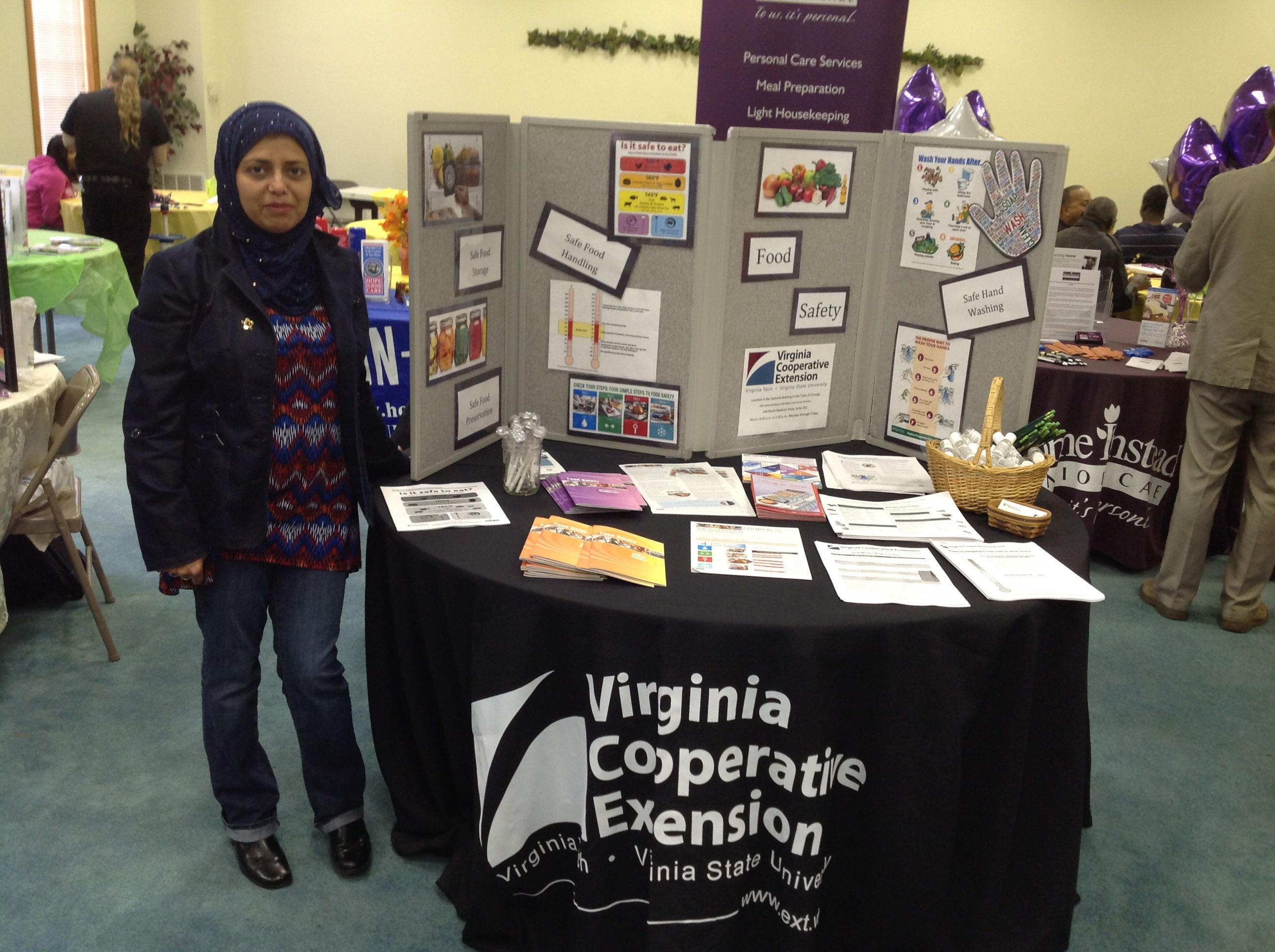 Luckily, after a couple of years, the Extension Office in Orange County informed Mutahara that Clare Lillard was their new family and consumer sciences Extension agent, and a Master Food Volunteer training class was offered in Harrisonburg. She was excited to have someone to work with directly and locally. After she completed her training, she became a Master Food Volunteer. During the past two years, she has assisted with health fairs, canning classes and worked with children at school by providing them information on healthy food choices.

In February, she was asked to give a small class to a group of 4H youth on how to prepare and cook something simple. She immediately decided to teach the kids how to make “samosas.” A samosa is a deep fried, triangle pastry that is filled with a savory or sweet filling. As a Master Food Volunteer, she tries to teach healthy eating habits, however, she also tries to make a point to tell children that it is okay to treat themsleves with moderation.

Mutahara wanted to introduce a snack from a different culture that contained some unique spices. The savory samosas were filled with potatoes, ground chicken, onions, salt, cayenne, cumin and coriander. She demonstrated how to make the samosas by making a triangular shaped cone out of a tortilla and then sealing it with flour paste, filling it and then sealing it again. After they were fried, she allowed the children to taste them with a few sweet and sour sauces. Not only did she demonstrate savory samosas, but sweet samosas as well. They were stuffed with home canned apples, cinnamon and brown sugar. After they were deep fried, they dusted the samosas with icing sugar.

Mutahara’s overall emphasis was to encourage creativity and implicitly in the preparation of snack items. She wanted to teach the kids not to be afraid to try new things. Her dedication and hard work has truly made an impact on the kids who attended the 4-H workshop.