In July, local 4-H member Jessica Pedersen was sponsored by the Virginia 4-H Foundation to attend Citizenship Washington Focus, a national 4-H program held at the National 4-H Center in Chevy Chase, Maryland. See below for her report on that experience. 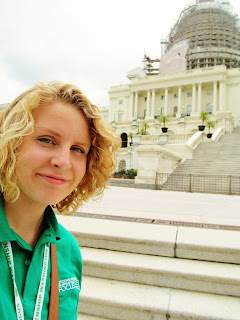 I am Jessica Pedersen, one of the lucky citizens of Orange to be enabled to attend the 2015 Citizenship Washington Focus thanks to the Virginia 4-H Foundation Board.  I would like to take a moment to share my gratitude.  I am so appreciative that it was made possible for me to go and partake in everything that CWF is.  I was granted a wonderful leadership experience on top of the opportunity to make friends and memories. 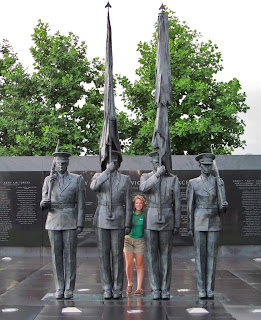 During the week I spent at CWF at the 4-H Youth Center in Chevy Chase, Maryland, I had the chance to tour all over the area alongside other 4-H youth from all over the country.  We toured monuments and memorials such as the Korean Memorial, the MLK Memorial, the Jefferson Monument, the Tomb of the Unknown Soldier, the Iwo Jima Memorial and the Pentagon Memorial.  My delegation’s chaperone was actually able to get us a tour of the Pentagon.  I really enjoyed the Lincoln Memorial; we went there for a night view of the area, and reached the steps leading up to Lincoln just as the sun was setting. 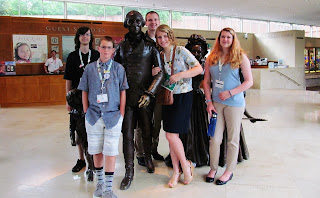 We spent one of the days touring the Capitol building, where most of the delegations had the opportunity to meet with their state’s representatives.  This was extremely interesting for me.  I am very keen on the thought that I could be so closely involved with preservation of the United States Constitution.  I think I would enjoy caucusing and debating bills.

I actually had the opportunity to sample that on a much smaller scale.  All of the delegates at CWF were divided up into different committees or groups.  Lucky me, I was a part of the Government Committee, where we were then divided up again to discuss different national issues.  Every day, we would meet and learn about the process of composing bills.  By the end of the week, we had discussed, debated, critiqued and composed a bill of our own on Unmanned Aerial Systems, a.k.a. drones.  We had to present the newly formed bill to the entirety of the CWF, where it would be debated, yet again.  The rest of the CWF delegates could either vote for or against the passage of the bill.  My group’s bill was the only, out of four topics, to be passed.

I am so glad that I was able to get a taste of what that occupation would be like.  As I enter into college this fall, positive experiences such as the ones granted to me through the Citizenship Washington Focus serve as wonderful, eye-opening tools.  I know those experiences will guide me as I complete my college degree and enter into the workforce.