In the Junior division, Garrett Hopkins placed ninth overall. In the senior division, Blake Hopkins was the high senior individual overall, in addition to placing first in cattle and sheep, second in hogs, and fifth in reasons. Hunter Watkins placed ninth in cattle and sixth in swine. The senior team of Hopkins, Watkins, and Robert Nixon placed fourth in cattle, third in swine, and fifth in reasons.

Blake Hopkins displays his awards from the Senior division of the contest. 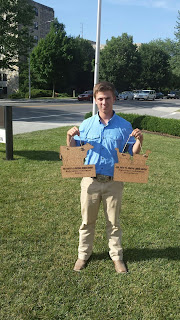 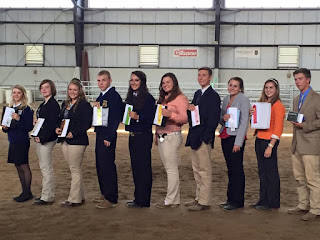