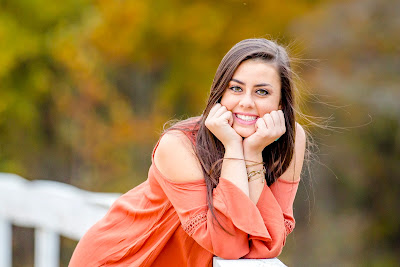 Taylor is an Orange County native who has practically grown up in 4-H! She joined the Cloverbud club at the age of 5, the Livestock Club at 9, and the Home Economics club at 10. As a Cloverbud she exhibited ducks, rabbits, goats, and calves at the Orange County Fair. As a member of the Livestock club, she has shown hogs every year at the fair.

One of the greatest opportunities her involvement in 4-H afforded her was the chance to travel to Texas as part of the VA Food Challenge team. She told me that Food Challenge is a competitive event where teams of participants are given a set of ingredients that they have to prepare a meal from. They then have to present their meal to a panel of judges and explain the nutritional value of the meal they created. Her team progressed from winning the district contest, to winning the state contest at VA 4-H Congress. They continuing practicing and fundraising, and attended the national contest in Dallas where they placed 5th in the nation. She said that while her team’s placing at the national contest was her greatest accomplishment from her time in 4-H, being tapped as a 4-H All Star was a very close second.

Taylor said the biggest lesson she learned from 4-H was the responsibility involved in raising livestock and taking care of animals by herself. She boarded her hogs at another farm, so she had to go there every day to feed, water, clean, and exercise them. She also had to manage her costs and expenses for feed and vet bills each month, and save the money she earned at the fair each year to help pay for next year’s project. One of the coolest programs she got to participate in was at 4-H congress, where she took a workshop on artificial insemination and reproduction in cattle.

Some of her best memories from 4-H are from the county fair. She told me it’s a lot of work through the spring and summer to do all the preparation to get your animal to fair, but then you get to the fair and get to see all your friends and see all the hard work they’ve put into their project animals. Now that Taylor has graduated from high school, she will be attending Germanna Community College with plans to transfer to a four year university to earn a  Bachelor's degree in Nursing.
Email Post

We made it to camp!